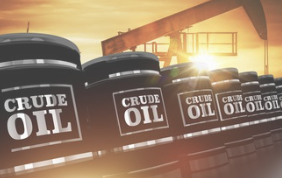 According to the U.S. Energy Information Administration (EIA), crude fell by 9.6 million barrels in the week ended March 15, as compared to expectations for an 800,000-barrel build. The number also surpassed estimates from the American Petroleum Institute, an industry group, for a 2.1 million-barrel decrease.

Reductions in global production led by OPEC, along with supply declines in Iran and Venezuela, continue to support the oil market.  Members of OPEC and other major oil producers, including Russia have pledged to curb oil production by about 1.2 million barrels a day from October 2018 levels for the first half of the year to prop up oil prices.

According to the International Monetary Fund (IMF), the Saudis need much higher prices to see a breakeven budget for 2019.  “If you take the (2019) budget as presented with everything remaining equal, a breakeven point would be around $80-$85 dollars,” Jihad Azour, director of the IMF’s Middle East and Central Asia department, told Reuters.

The most recent blackout marks the second such widespread blackout in less than a month and even reached the capital city. This time around, Venezuela’s oil operations once again could be further jeopardized.  Adding fuel to the fire, tensions between Russia and the U.S. are increasing in the region, which could be another big catalyst.