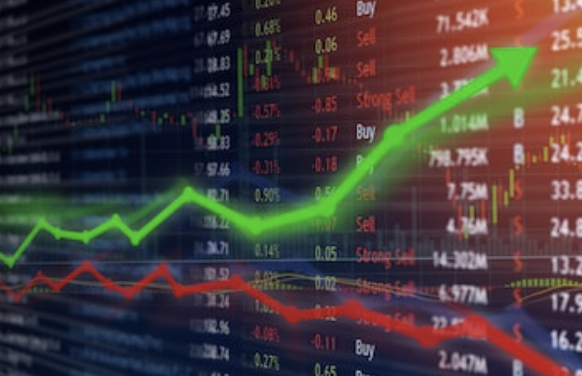 Shortly after that, China retaliated, announcing tariffs on $60 billion worth of U.S. goods, making the situation so much more “fun” that it already was.

Worse, according to analysts at the time, “ “Our view is this could escalate for at least a matter of weeks, if not months, and it’s really to get the two back to the negotiating table and finish the deal, is probably going to require more pain in the markets.  Really the only question is if we need a 5%, 10% or bigger market correction,” said Ethan Harris, Bank of America Merrill Lynch, as quoted by CNBC.

Of course, it took a big bite out of stocks.

However, it may also create a “blood in the streets” opportunity for investors.

Boeing (BA) shares took a hit after the Global Times said China could single out the company as the U.S. China trade war intensifies.  At the moment, the stock is down $14.67, or $4.14%. As tweeted in China, “China may stop purchasing US agricultural products and energy, reduce Boeing orders and restrict US service trade with China. Many Chinese scholars are discussing the possibility of dumping US Treasuries and how to do it specifically.”

Intel (INTC) fell because it’s vulnerable with about 25% of sales coming from China.

Apple (AAPL) turned lower because 18% of its sales come from China.  “Apple has one of the most significant exposures to Chinese exports to the U.S.…given final assembly for many of its consumer devices is located in China,” wrote analysts at Morgan Stanley, as quoted by Barron’s.

Tesla (TSLA) dropped, as larger tariffs throw a wrench into its international growth strategy.  Considering that China is the biggest car market in the world, Tesla needs that market to offset cooling demand in the U.S. Even General Motors (GM) is down slightly with Chinese sales a big part of its bottom line.

However, as we’ve learned from top investors, look to buy the excessive fear.

What We Learned from Buffett, Rothschild, and Templeton

In 1939, Europe was just about decimated. So, Templeton bought every European stock trading below $1.00 a share and made a fortune. In fact, he bought shares in 104 companies for about $10,400. He would make a fortune.

He taught us to buy excessive pessimism.

Warren Buffett advises that a “climate of fear is your friend when investing; a euphoric world is your enemy.” And of course, we all remember his advice to “be fearful when others are greedy and greedy when others are fearful.”

Baron Rothschild once told investors, “The time to buy is when there’s blood in the streets, even if the blood is your own.” He knew that very well, considering he made a small fortune buying the panic that followed the Battle of Waterloo against Napoleon.