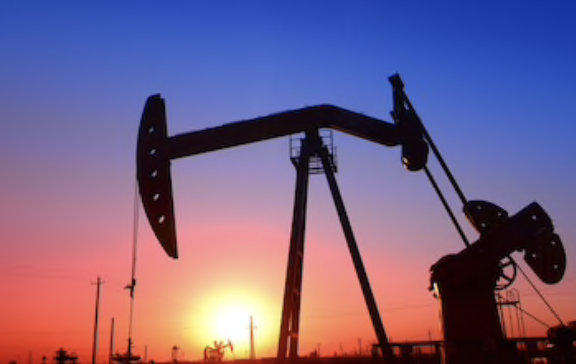 Unfortunately, this may not be the worst of it.

“We assure the Saudi regime that our long hand can reach wherever we want, and whenever we want,” Houthi spokesman Yahya Saree said, as quoted by Bloomberg.  “We warn companies and foreigners not to be present in the facilities that were hit in the strikes because they arestill within range and may be targeted at any moment.”

That news alone raises the fear premium for oil.

And should the Saudis fail to oil production back up and running quickly, oil moves higher.

There’s now a real potential for war with Iran.

Trump noted the U.S. was “locked and loaded,” waiting on the Saudis to determine who launched the strikes before taking next steps.  “There is reason to believe that we know the culprit, are locked and loaded depending on verification,” Trump also tweeted.

On top of that, Iran recently said they’ve started using more advanced centrifuges, which could speed up the development of a nuclear weapon.  In fact, Iran has been using IR-4 and IR-6 centrifuges and could soon test even more advanced models.

“Unfortunately. the European parties have failed to fulfill their commitments … The deal is not a one-way street and Iran will act accordingly as we have done so far by gradually downgrading our commitments,” said Ali Akbar Salehi, director of Iran’s nuclear energy agency, as quoted by Reuters  “Iran will continue to reduce its nuclear commitments as long as the other parties fail to carry out their commitments.”

With this story in the headlines, we went looking for the top small cap oil names, including:

Northern Oil & Gas Inc. (AMEX:NOG) is an independent energy company that engages in the acquisition, exploration, exploitation, development, and production of crude oil and natural gas properties in the United States. The company primarily holds interests in the Bakken and Three Forks formations in the Williston Basin of North Dakota and Montana.

Torchlight Energy Resources (NASDAQ:TRCH) engages in the acquisition, exploration, exploitation, and/or development of oil and natural gas properties in the United States. As of December 31, 2018, it had interests in four oil and gas projects, including the Orogrande project in Hudspeth County, Texas; Hazel project in Sterling, Tom Green, and Irion Counties, Texas; Winkler project in Winkler County, Texas; and Hunton wells in partnership with Husky Ventures in central Oklahoma.

Oasis Petroleum (NYSE:OAS) focuses on the acquisition and development of onshore unconventional oil and natural gas resources in the North Dakota and Montana regions of the Williston Basin and the Texas region of the Delaware Basin, respectively. As of December 31, 2018, the company had 413,552 net leasehold acres in the Williston Basin; and 23,366 net leasehold acres in the Delaware Basin, as well as approximately 320.5 million barrels of oil equivalent of estimated net proved reserves.